The International Women’s Day comes not only as a date of celebration but also as a reminder. A reminder that, even though much has been accomplished since the protest in 1857 that gave us March 8th, we women still have a long way in the path towards true equality.

While women have been working outside the home for decades now, we still consistently get paid less than men with the same position and qualifications, and we are underrepresented in positions of power and leadership. Out of the 149 countries surveyed in the new Global Gender Gap Report by the World Economic Forum, only 17 currently have women as heads of state, for example, and only 24 of the Fortune 500 companies are led by women.

Now take the tech industry. It is still largely dominated by men: 18.8% of employees in tech are women, while 17.7% of startups had a woman as a founder or co-founder. In the cryptocurrency and blockchain space, the situation is even worse: only 5.5% of cryptocurrency investors are women, and only 8.5% of the crypto startups founded between 2012 and 2018 had a female founder or co-founder.

The crypto industry desperately needs more women. It has been proven that diversity makes companies more successful, with highly gender-diverse companies being 15% more likely to have financial returns above their respective national industry medians. Additionally, different perspectives are crucial if we wish to develop products and services that truly benefit society.

At OriginalMy, we’re happy to say that we don’t only preach that, but have been practicing it from day one: not only we have a female co-founder and COO, but half of our team is made up of women. In this post, we’ll talk about them and feature a special interview with Miriam, so don’t miss it!

Meeting the women of OriginalMy

We asked our team of awesome women for a brief introduction, saying who they are, what they do at OriginalMy and what’s their background. Here’s what they said:

“I’m Miriam and I’m the COO of OriginalMy. Although I have a STEM degree, my focus was more on sciences and math, not technology. I have a bachelor’s in Chemistry and Chemical Engineering. I became an entrepreneur back in 2013 in the healthcare sector, which is a very rewarding field.”

“My name is Solange Gueiros, but everybody calls me Sol. I’m responsible for Technology and Blockchain at OriginalMy. I have degrees in Computer Science and Education, both from the University of São Paulo.”

“My name is Jay and I’m OriginalMy’s Community Manager. Besides being the person who replies to you on Telegram, I’m responsible for writing the stuff you read on the blog and making some videos. I’m also a lawyer, so sometimes I do some legal work as well, like writing reports and making sure we’re complying with the law of relevant jurisdictions. I’m a lawyer from Brazil and came to Finland to get a Masters Degree in International Business Law (with the focus os my thesis being blockchain smart contracts for international trade). I’ve worked with startups for about a year before joining OriginalMy.”

“I’m Mari and I’m in charge of the marketing strategy and planning at OriginalMy. I have 7 years of experience in the market. I have worked with inbound marketing projects that had partnerships with influencers, managing the presence on social media platforms like Pinterest, YouTube, Instagram and Facebook of brands in several areas, such as Bombril, Itaú Cinemas, DAF Caminhões, eduK, OriginalMy, and many others. My experience, when combined with the transformations in communications, has allowed me to have a complete view of the whole business and digital ecosystem.”

I don’t mean to brag or anything, but we do have the coolest women in the team here, don’t you think?

And now, the woman we all look up to, our co-Founder, COO and person responsible for single-handedly keeping the company functioning at its best: Miriam Oshiro.

How did you start your journey as an entrepreneur and what were the biggest difficulties you faced? Do you believe that entrepreneurship for women comes with some different types of obstacles?

I started my entrepreneurial journey in 2013 in the healthcare sector with an e-commerce aimed at the 60+ public and it was a wonderful experience. It is an extremely unattended audience, so the differential was the affection with which we treated our clients and that, together with other factors, is how we become a reference in that market.

Starting anything other than what you are used to is always difficult and for me, the biggest difficulty was dealing with the reality of any entrepreneur: the turnover variation. My parents taught me how to handle money since I was a child, so I always knew exactly how much I could spend and that expense had to necessarily be less than the income. Having an e-commerce with fixed expenses that I would have to pay even if I didn’t sell anything was very difficult.

In the healthcare sector, there are many entrepreneur women, so I didn’t feel any barriers there. That was very different from being an entrepreneur in the tech sector, where I’ve lived situations in which some people strived to maintain an environment that was hostile to the entry of women. I myself was once talking to a person about blockchain and this person was questioning everything I said, and when the (male) CEO said EXACTLY the same as I had, even in the same words, the argument stopped. Once again at an event, a young man who had clearly just started to study the subject came to talk to me about blockchain and had many conceptual errors in what he was saying. I explained to him what didn’t make sense and he left, probably did some research and then came back to try to argue again. It was funny, he just couldn’t handle the fact that I knew more about blockchain than he did. I obviously don’t know everything, but I know a bit – I’ve been working with this since 2015, I live with it every day, so I know a thing or two.

You have worked for a long time in the field of chemical engineering and now you’re a leader in one of the most important blockchain startups. These are two areas dominated by male leaders. Beyond the obstacles, what can you say about being a woman in these segments? Do you think there is any gender feature that helps women to stand out in these markets?

I believe it’s only a matter of time before women gain more leadership positions in STEM. It isn’t very usual to see women in these fields yet, so for me it is a personal duty to present this possibility to girls – so that they know that pursuing careers in STEM is indeed an option for them. Unfortunately, I still see very few initiatives in this regard.

Women are able to perform multiple tasks at the same time, which helps them a lot to understand the whole and not to perform isolated tasks. Especially in a startup, understanding how things are connected makes all the difference. No one performs anything that won’t influence the work of everyone else, and the people who understand this and shape their day to day attitudes accordingly, stand out.

OriginalMy was part of the Google acceleration program for two years. In there, did they give you any guidance or advice regarding hiring women?

Google has always strongly encouraged the hiring of women and diversity in general within the startups. Some of the startups that began the program composed 100% by men left the residence much closer to reaching the balance between men and women. And I think it is important to emphasize that this balance is healthy both for the work environment and for the results. Diversity only brings benefits.

OriginalMy’s statistics regarding the percentage of women in the company and in leadership positions are quite different from those we see in the market in general. What do you think this brings to the company?

OriginalMy was already born diverse and this is a value that is part of our DNA, and I believe that this only brings benefits. After other women besides me joined the OriginalMy team, we started to have different ideas, different discussions and perspectives and this makes us better people and also a better startup. I think it’s great to have women in leadership positions, both to attract more women and more men that are open-minded. I honestly can’t point out anything negative about having women in leadership positions, we made a quality leap after they took over.

You are the COO of OriginalMy, work with time management and still manage your home and your personal life. We know that it is a great demand to undertake and manage a healthy personal life. How do you do it and what advice would you give to the overworked entrepreneurial women out there?

It really isn’t easy to balance a professional and personal life, so every woman must make the choices according to their convictions and moment they are in life. Being an entrepreneur requires a lot of dedication, it is not a simple task nor a short one, so if I could give you some advice, it would be: be an entrepreneur with a life purpose, because if you work for a purpose, every effort is worth it. 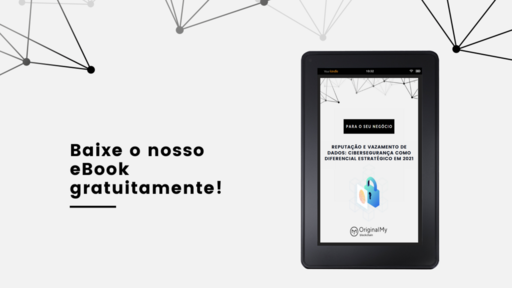